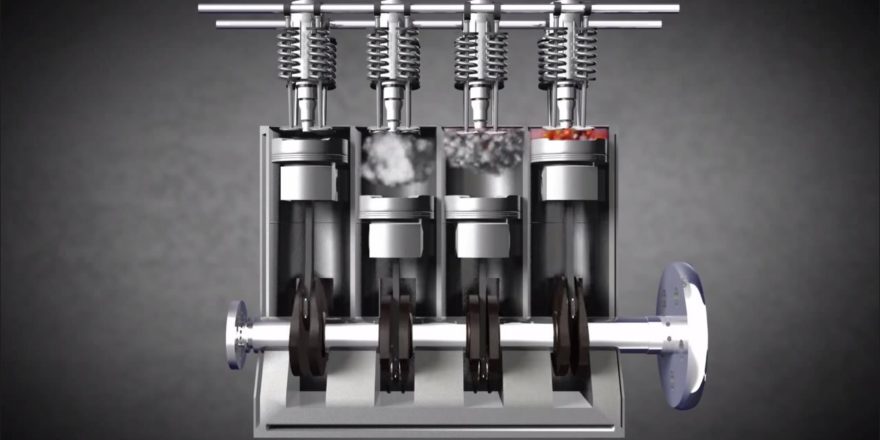 How a Diesel Engine Works

There are multiple kinds of vehicles, however the most powerful is probably the diesel truck. While they are similar to normal gasoline vehicles, there are differences in how their engines operate. Here is how a diesel engine runs.

When air is sucked into the intake air heater, it gathers into the cylinder. This air is drawn in every time the cylinder goes through its paces instead of being staggered like other engines. This is because air needs to be use every time. Inside here it is put under far more pressure than in a gasoline engine. It is strong enough to make it explode with the absence of a flame. Diesel fuel is spritzed into it, creating the air and fuel to combust, making things move. This happens multiple times over and over.

The explosion from the cylinder thrusts the piston attached to it out to make the crankshaft mobile. The shaft continues to move as the position repeatedly strikes out. When it does return to the cylinder, the spent air with shoved out creating exhaust. A sump surrounds the cylinder and piston to keep them moving well by providing a little oil to the parts.Since the engine has multiple cylinders, the controlled ignitions happen every second operating the vehicle and keeping it moving.

Diesel fuel may be less refined as other fuels on the market, but it can be spread further than gasoline. Diesel engines can also be adapted to burn other types of fuel such as biodiesel. When you use biodiesel, you are putting environmentally friendly products in your vehicle such as used and discarded vegetable oil.

Diesel fuel is more stable than gasoline which makes it ideal to move large, bulky vehicles from semi trucks to cargo ships. These engines are stronger and built better and need fewer repairs than those run with gas.