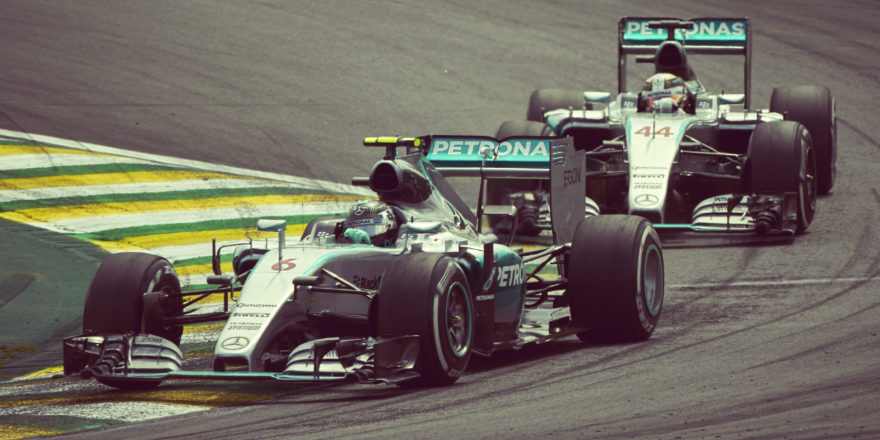 Formula 1 is one of the most innovative sports in the world. Ever since its origination in 1950, it has been at the forefront of motorsport with the races taking place every year in different circuits across the globe.

The FIA Formula One World Championship is the premier championship with races known as Grand Prix. These sporting events are included in the top most viewed in the world, in large part due to the touch of technology and advancements in the cars.

Initially, the races were famous just in Europe but their popularity has now spanned across the world with countries such as Mexico, France, Japan and Azerbaijan introducing events on a yearly basis. Many different teams have taken part in the competition over the years but perhaps the most famous two have been Mercedes and Ferrari who are considered arch rivals in Formula One.

In this article, we look at ten interesting facts about Formula One racing.

A total of ten teams participate in the competition that takes place throughout the year, and each of them has to nominate two drivers. Ferrari, Honda, Mercedes and Renault are the companies that provide the engines for most of the teams, and currently, a total of 21 races are held every year.

As crazy as it may sound, most Formula 1 cars can accelerate from 0 to 100mph and then decelerate back down to 0 again within four seconds. The feeling is unlike anything else you’re likely to experience in your life!

People who have a heart condition may not be able to survive such quick changes, and therefore, the drivers have to go through regular,. rigorous tests to make sure they are able to deal with such pressures. The cars have to have this capacity because they have to apply breaks and modify their speeds around right corners and turns.

Most victories by a team

If we talk about teams, Ferrari is the one with the most number of victories overall since the first season in 1950 with a whopping 234 wins. McLaren is second on the list with 182 victories. Williams follows up in third place with 114 and Mercedes has reached the fourth spot with recent domination and has 95 wins.

Formula One racing is the most expensive sport in the world, by far, and building an F1 team is not for the faint hearted or the small-scale investor. Multinational companies invest millions. On average, an F1 car costs around $12.2 million, and that’s just the essential components’ costs. The gearbox alone costs nearly half a million dollars and each front wing is approximately $150,000 so that prang that results in a pit stop, is very costly indeed.

The engines are very, very expensive

The engines are obviously the most important (and expensive) parts of the cars often costing upwards of $10m to develop and build. They are usually developed by famous car making brands such as Honda and cost so much because of all the research and technology that goes into them to stay competitive. They consume on average, 200,000 litres of oil during their life (costing up to $400,000) and unlike ordinary car engines which can work for up to ten years, a F1 engine only lasts for five to seven races before needing replacement.

Brake disks achieve temperatures of up to 1000 degrees

F1 cars have to take very swift turns around some incredibly tight corners and therefore require brakes that can work effectively at very high speeds. Therefore, brake disks can achieve 1000-degree centigrade temperatures, which is equivalent to the temperature of molten lava.

F1 engines do not like operating when cold and it is close to impossible to turn an F1 engine on when it is below a certain temperature which is why teams operate a complex and time consuming pre-heating procedure before a car is   actually fired up. To do this, engineers use an external heating pump and pre-heat the engine oil and water. For this reason (amongst many others) it is not possible for these engines to work on a standard car.

Most races with a single engine manufacturer

Lewis Hamilton holds the record for competing in the most races with a single engine manufacturer. He has participated in 237 races so far with Mercedes between the years 2007 to 2019. Before him, the record was held by the famous Michael Schumacher who participated in 181 races with Ferrari over a span of eleven years starting from 1996.

Most number of wins

Michael Schumacher, during the years 1991 to 2006 and 2010 to 2012, participated in a total of 308 races and won 91 of them, making him the record holder of the most races won by a single F1 driver in Formula One history. Although his win percentage is an impressive 29.33%, that is actually less than that of Lewis Hamilton who has participated in 237 races and won 79 of them, making his win rate an astounding 33.34% as of date.

Most wins in a season

This record is also held by Michael Schumacher who won 13 out of the 18 races he participated in, in 2004, with a win share of 72.23%. Sebastian Vettel then equalled the record in 2013 by winning the same number of races out of a total of 19 Grand Prix that year, with a win rate of 68.42%. Both of these racers also hold the record for most second places in a calendar year with 11 wins each alongside Lewis Hamilton who has done it twice.

Formula One is full of incredible facts and figures about the cars, the drivers, the race circuits, and the teams. Formula One engineers and drivers have pushed the boundaries of technology ever further, with cars and engines that seemed to make the impossible, possible, and which have continued to make F1 the most exciting sport in the world to watch.