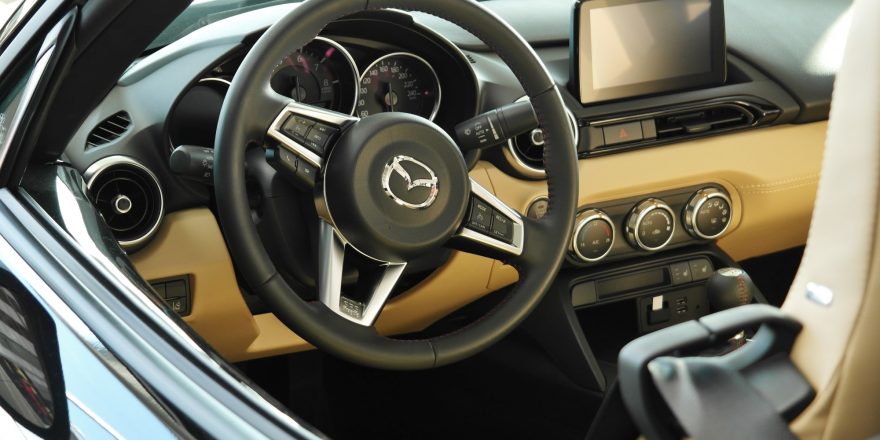 The Top 5 Mazda Vehicles of All Time

If someone asked you to suggest an iconic car manufacturer, Mazda would probably be quite far down your list. But dig a little deeper through the history books and you’ll see that the Japanese company has delivered some truly impeccable motors.

Founded in Hiroshima, Japan in 1920 under the name Toyo Cork Kogyo Co., the first Mazda car didn’t come around until 1960. Since then, Mazda has produced hundreds of different vehicles, from tiny Kei Cars to the huge CX-9.

We’re going to take a look through that list and give you the top 5 Mazda vehicles of all time.

We start the list with where it all began with Mazda and production cars. The Mazda R360 was a Kei car – small city cars designed to give owners the benefit of decreased tax and insurance costs.

This car was a four-seat coupé and had a wheelbase of only 1,760 mm (69.3 in). The R360 was only in production for 6 years but it set the wheels in motion for a long line of great automobiles.

In 2008, Mazda officially revealed the concept car with the name that means “the sound of the wind”. The Furai makes it onto this list for unfortunate reasons.

It was a stunning machine, a perfect example of race meets the road in its design, measuring almost twice as wide as it was high. And it had the performance to match, with claimed speeds of up to 180mph.

However, the Furai met its demise at the hands of UK motoring TV show Top Gear. The first and only road test ended in a fiery furnace and the Furai faded into obscurity.

The Cosmo Sport makes it into this list as it was the first production car to be fitted with the famous rotary engine. This smaller, lighter engine has been used in some of Mazda’s most iconic cars.

The 982cc Cosmo was produced between 1967 and1972. It was popular with motor enthusiasts as it allowed them to own a powerful car without the increased road tax associated with cars over 1000cc.

On the subject of rotary engines, the RX-7 is the most popular rotary-powered car ever made, and so comes in at number 2 on the list.

The RX-7 had various facelifts and performance changes over its 24-year lifespan, but the most impressive iteration was the third generation. This model was a feat of engineering, getting an impressive 276 horsepower from a 1.3l engine.

There have been murmurings of a return of the RX-7, but the likelihood is that this is more wishful thinking from the car’s biggest fans.

Even someone with little knowledge of motoring will know of the icon that is the Mazda MX-5. It has well and truly earned its place at the top of the list as one of the world’s most loved cars.

The MX-5 or the Miata as it is known in North America is the most popular roadster in the world. Production began in 1990 and it has stood the test of time, with over a million sales all over the world, and it shows no sign of becoming irrelevant.

The most recent generation, the ND Miata still turns heads, is still bags of fun to drive, and still more than matches up to its competitors. We can’t be sure what the future holds, but it’s hard to imagine a better model to spearhead a line of Mazda electric vehicles.

5 of the Best Mazda Vehicles

There we have it – our top 5 Mazda vehicles of all time. These are just a few of a long line of iconic Mazda cars, but the MX-5 Miata holds proudly to the top spot and we find it hard to see another ever taking its place.

Be sure to check out the other articles on the blog for information and advice on all things automotive.